This award is conferred each year by Tourism Industry Council Tasmania to an individual who has made an outstanding contribution to the Tasmanian tourism industry through their investments, leadership, advocacy, professional, or voluntary service. 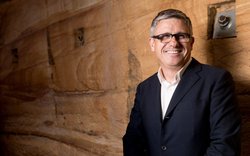 A Chef by trade, Mark forged his career through the fledgling days of Tasmania's fine dining scene in the 80s and 90s, before establishing his own signature restaurant, A Splash of Paris, on the Hobart waterfront.

Over nearly two decades, as Business Manager and then Co-CEO, Mark has grown and led a dynamic and skilled team of tourism, hospitality and artistic professionals, who have taken David Walsh's bold vision and together created the tourism and cultural phenomenon, MONA. Changing the face of Tasmania forever.

Beyond his considerable contribution to the success of MONA, Mark has emerged as a leading and respected figure in the Tasmanian tourism industry in his own right.

Serving as a Director of TICT for 11 years, including 4-years as Deputy Chair, Mark has been intrinsically involved in shaping many of the industry strategies over the past decade, particularly in the workforce, skills and training space. Investing hundreds of hours of his time away from MONA for the benefit of the broader industry, and earning the respect of government and his industry peers.

A champion of the Arts and Creative Industries, Mark has been a leading figure in the evolution of MONA-FOMA, including the festival's move to Northern Tasmania, the launch of Dark MOFO, and is a Director of Queenstown's Unconformity Festival.

Mark was recently appointed Chief Operating Officer of Sydney's Powerhouse Museum, where he will oversee the redevelopment and expansion of this major institution.

The Honour Roll of Tasmanian Tourism Champions recognises those Tasmanians who have made an outstanding contribution to the development and evolution of Tasmanian tourism,

Each year as a part of the Tasmanian Tourism Awards, Tourism Industry Council Tasmania invites Tasmania's Minister for Tourism to recognise an outstanding young achiever in our industry.

The Tourism Minister’s Young Achiever is awarded to an exceptional emerging business leader, entrepreneur, or tourism professional, aged under 35-years, from across the Tasmanian tourism industry.

Many past recipients of this award have gone on to shape the Tasmanian tourism industry in significant ways, including the 2001 Young Achiever and current Chairman of Tourism Industry Council Tasmania, Daniel Leesong. 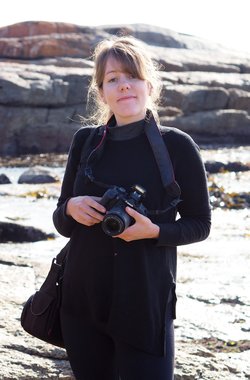 With a Bachelor of Architecture, and a double degree in Tourism/Travel and Business, Kylie created and operates Compass Hut on her family's farm near at Forthside, south of Devonport. Establishing a unique agri and eco-tourism experience in North-West Tasmania.

Kylie has actively promoted Compass Hut, generating national media and industry coverage for the North-West. She is also a highly active industry participant with her Regional Tourism Organisation, Women in Tourism & Hospitality, and Devonport Chamber of Commence and Industry.

When her accommodation business was impacted by COVID, Kylie quickly pivoted her business and designs, establishing 'Arc Pavilion' - a micro and portable Art gallery on wheels.

While TICT does not undertake a formal nomination processes for these awards, suggestions from industry for worthy recipients are welcomed and can be submitted to info@tict.com.au